3 marketing wins that prove the power of “campaign thinking” 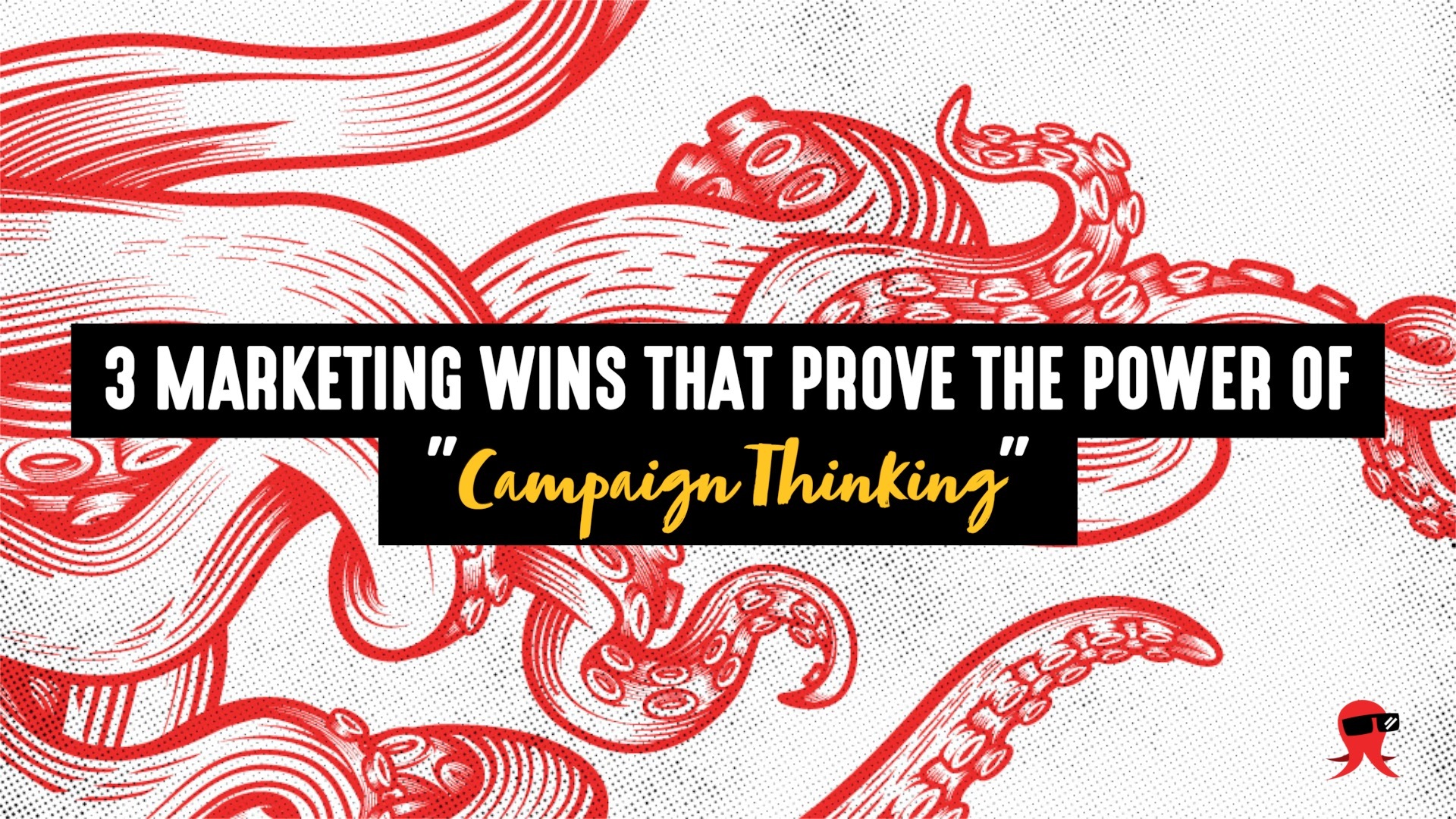 Have you ever tried to bake a cake with just one ingredient? It’s, well…don’t do it. You’ll just be left staring at a cup of sugar or a few eggs, wishing you had the other ingredients.

Why, then, are so many marketers trying to build comprehensive client experiences with just one piece of content?

Today’s audiences — especially millennials — don’t just want to buy things; they want to forge lasting connections with friends, strangers, and even brands. And yet, financial professionals still pay for one-and-done content services. This only wastes time and money.

To create truly memorable experiences, you need to adopt a “campaign thinking” mindset. That is, you need to produce comprehensive campaigns that keep people coming back for more. Only then can you build those valuable relationships and nudge clients into making important decisions that will improve their lives.

Ready to see how it’s done? Let’s look at three stellar marketing campaigns that prove the power of “campaign thinking.”

In 2014, Always took an insult — “You play like a girl” — and turned it into a statement of empowerment. Aiming to boost confidence in adolescent girls across the world, the brand of feminine hygiene products changed this damaging social norm. And they did it with one groundbreaking campaign.

The first #LikeAGirl video hit YouTube in June of that year, showing how negative the term “like a girl” can be, and then turning it on its head. It made its biggest impact, however, when Always aired a 60-second version during the 2015 Super Bowl. That commercial went on to win an Emmy Award and the Grand Prix award at Cannes Lions.

But the campaign didn’t end there.

Always followed up with videos about the limits that society puts on girls, the ridiculousness of “girly” emojis, and real stories about how girls are breaking damaging stereotypes. The brand even hosted a #LikeAGirl Confidence Summit, featuring talks by educators, industry leaders, and inspiring young girls.

Always also encouraged women and girls across the globe to share their stories with the #LikeAGirl hashtag.

As a result, the campaign earned 177,000 Tweets, 1,100 media placements, and 4.4 billion impressions in its first three months. Purchase intent also grew by 50% among the brand’s target audience.

Most importantly, however, Always made a positive cultural impact. After watching the campaign’s first video, 76% of 16–24-year-olds said they no longer thought “like a girl” was a negative, and two out of three men said they’d think twice before using the phrase as an insult.

“Designated driver” is a household term today, but that wasn’t always the case. In the 1980s, the Harvard Alcohol Project brought the concept from Scandinavia to the US, effectively changing the country’s perception of drunk driving.

How did they do it?

By partnering with the biggest mass media machine in the world: Hollywood. The organization teamed up with movie studios and TV networks to weave drunk driving prevention messages into TV shows like “Cheers” and “L.A. Law.” In just four years, over 160 primetime shows incorporated the concept into its programming.

It attracted the attention of major news outlets and publications, such as The New York Times. It was even picked up by government leaders like President George Bush and President Bill Clinton.

Beyond just recognition, the Project actually changed public consciousness and saved lives. In 1992, the U.S. Center for Substance Abuse Prevention and National Highway Traffic Safety Administration officially endorsed the designated driver concept. And by 1998, it was estimated that 50,000 lives have been saved because of the campaign.

Taco Bell’s A.M. Crunch Wrap isn’t just a breakfast food; it’s the symbol of a revolution. At least, that’s according to the brand’s “Breakfast Defectors” campaign.

Poking fun at dystopian movies and regimes, the fast-food chain created its short film, “Routine Republic,” which looks more like a clip from The Hunger Games than a commercial. The video shows two young adults escaping from a conformist society that forces them to eat the same old breakfast sandwiches every day.

If that wasn’t enough of a dig at McDonald’s, Taco Bell released a series of propagandistic posters, including this one with a menacing clown: The brand also created a microsite — RoutineRepublic.com — showcasing stories from people who made the switch to Taco Bell’s breakfast items. It even encouraged visitors to use the hashtag #BreakfastDefector in exchange for exclusive rewards.

Sure, the company could’ve released an ad saying, “Try our breakfast menu!” But it wouldn’t have been as effective as this culturally relevant, multi-platform campaign. Just look at these results: After running for two years, the initiative garnered over 6 billion media impressions and 10 advertising awards, including six at Cannes Lions.

If you want to build lasting relationships with your audience, disjointed pieces of content won’t cut it.

To truly make an impact, you need unified campaigns that keep people engaged and traveling smoothly throughout the marketing journey with you.

Want to see how Snappy Kraken uses “campaign thinking” to automate your marketing? Click here to see a demo.

*Territories are exclusive for our advertising program (we don’t advertise more than one adviser per territory). However, you are not required to claim a territory to join Snappy Kraken.

Fill out the short form below to see an instant demo of the platform.